These model ships don’t fit into any of the other categories. 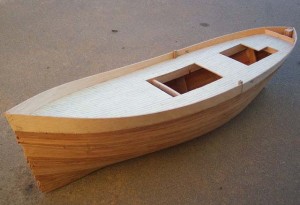 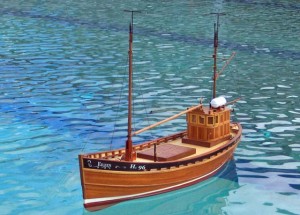 Eileen. This model of the Artesania Latina kit Eileen was enjoyable to build. I have constructed it as a radio controlled model, it sails quite well and looks great on the water. 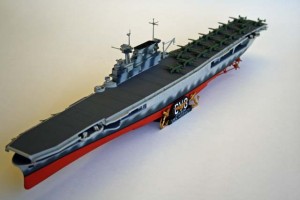 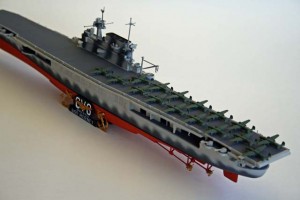 USS Hornet. Every now and then I enjoy building plastic kits. These photos are of the revel kit. 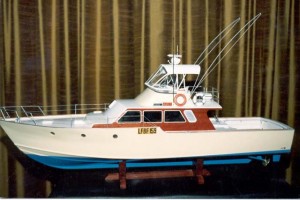 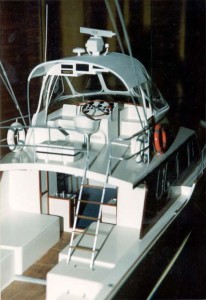 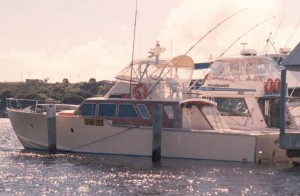 Winora is a 1:24 scale model of 52’cabin cruiser that I built in about 1990. This was a very interesting project that I was lucky to get involved with. I was approached by a lady at a model boat club running day when I was living in Perth WA. She said that she was looking for someone to build a model of her husbands boat. At first I did not think that she was serious but after a short discussion it was evident that she had her heart set on getting someone to build a model for her and money did not seem to be an issue. I took the project on and the model above was the end result. This was a project that I really enjoyed, it was something completely different and it gave me a bit of money to spend on my own models. The last photo shows the real boat which was built by her husband and father-in-law. 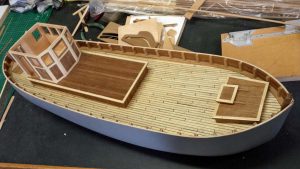 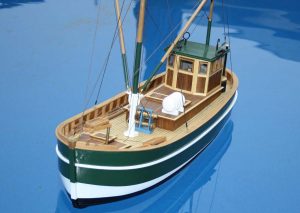 Bensersiel is a 1:20 scale model of a typical crab fishing boat as used in northern Europe. This model was built from an Artesania kit. It is fitted with a motor and is radio controlled. 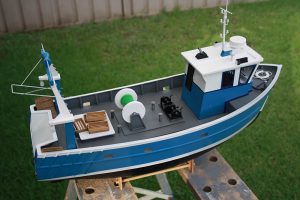 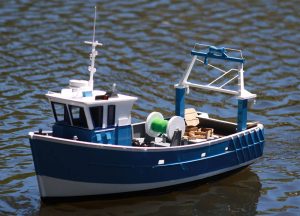 Boulogne Etaples is a 1:20 scale model of a stern trawler type fishing boat as used along the French channel coast. This model was built from a Billing Kit. It is fitted with a motor and is radio controlled.