The Armidale Class Patrol Boats of the Royal Australian Navy have become a favorite of mine in the past few years. I completed my 1:72nd scale HMAS Wollongong several years ago and it has been running well since but it is really only suitable for sheltered water. I made plenty of mistakes when building this model and since then I have been able to gather much more information on these ships. I have now made several other Armidale’s in 1:72nd scale with each one getting a little better than the previous model.

I also decided that a slightly larger version would make a much better functional model so I started a 1:50th scale Armidale. Being a little larger it also allows for a higher level of detail to be added.

In recent years I have regularly received many emails about the availability of kits for the Armidale Patrol Boats in smaller scales along with questions about how I construct my models. This inspired me to start a couple of smaller hulls at the same time with the intent of eventually producing some small resin versions that could be built into static models.

Currently I am constructing four Armidale models in different scales. They are at 1:50, 1:72, 1:150 and 1:350. Below are some photos of the various models under construction.

I have also placed more photos of the construction into a some picasa web albums: 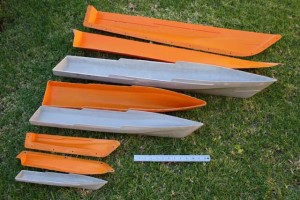 The moulds and hulls for three different sizes of Armidale Patrol Boat models. 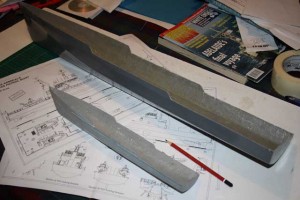 A 1:72nd and a 1:150th scale Armidale hull ready to start construction. 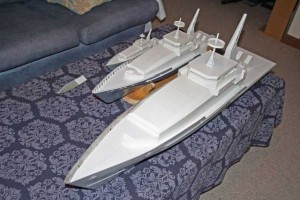 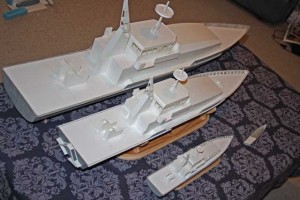 Three scales of Armidale Class Patrol Boat models at about the same stage of construction. 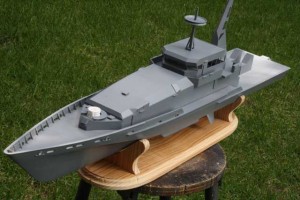 The 1:72nd scale Armidale has just been given a coat of primer.

Hitting the water for the first time. 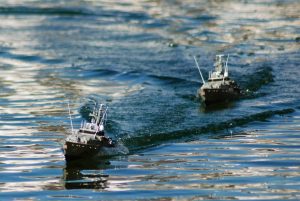 Having fun on the pool 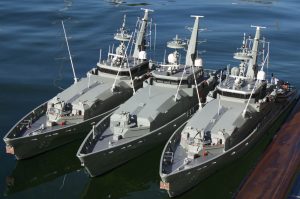