The Bathurst Class Corvettes have interested me for a long time. My 1:72nd scale model has been running for many years and has been one of those reliable models that you just want to hang on to. At this scale though it is best suited to calmer waters.

I regularly received emails requesting hulls, plans and even completed models for various Bathurst Class ships. Numerous people have request small models suitable for static display on a desk or bar etc but unfortunately like the Armidale Class there are generally no models available. Again I have made a start on several different scale hulls for the Bathurst Class that may eventually be available as small resin semi-kits. 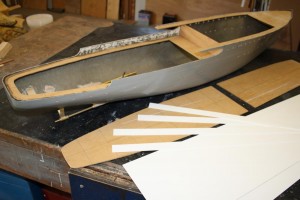 Prop shafts fitted and port hole drilled. The decks, made from thin plywood covered in styrene are being fitted. 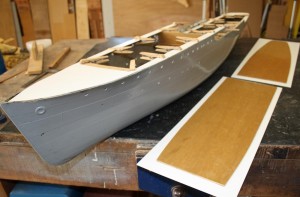 Styrene deck covering being clamped while the glue dries. 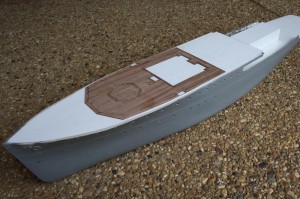 Individual wooden strips were glued to the deck to represent the caulked wooden deck. 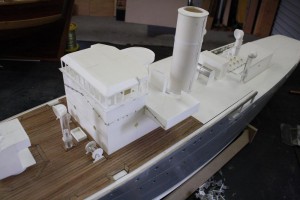 The major components were constructed from styrene sheet. Smaller fittings were turned from acrylic rod. 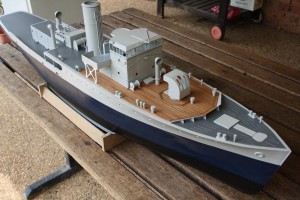 Most of the major components painted and fitted. 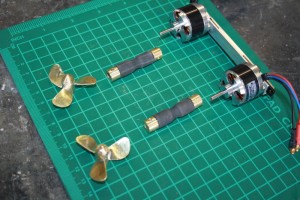 I made my own propellers and couplings. 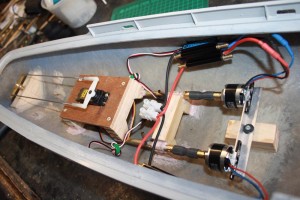 The motors and electronics are fitted into the hull. 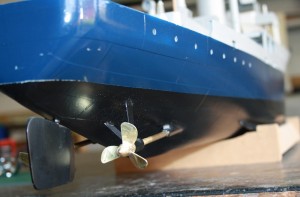